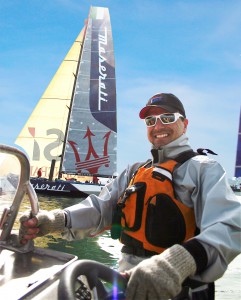 With over 300 years of maritime history in his family, Captain Charles Jennings proudly calls the San Francisco Bay his home and office. Born and raised in the city by the bay, Captain Jennings has served on many vessels in varying capacities from the captain of the crew and ferry boats and as a tugboat engineer with Starlight Marine & Bay Delta Maritime for almost 7 years. The highlight of his career thus far has been his service aboard the WWII Liberty Ship SS Jeremiah O’Brien during the vessel’s 50th-anniversary return to Normandy in 1994. Capt. Jennings father (Capt. Adrian Jennings) was captain of the passenger/Cargo combo ship SS Santa Maria out of San Francisco and also of the last owned, built and operated American Passenger Steam, the SS Monterey. With tales of adventure and intrigue, he is always ready to share local history and share his love of one the world’s most beautiful bays.

Built in Seattle, WA, by Northwind Marine in 2011.

US Coast Guard-approved and licensed, this vessel was patterned after the same versatile and nearly indestructible RIBs used by Navy Seals. Powered by a four-stroke, 300-hp Yamaha engine, we can run safely, day or night, in any sea state on the bay.

With seating for 12 passengers and 2 crew, we are a very versatile vessel. Passenger seating is removable, allowing cargo storage, use by camera or film crews. The deck is fitted with numerous deck hold-downs so equipment can be easily strapped to the deck. 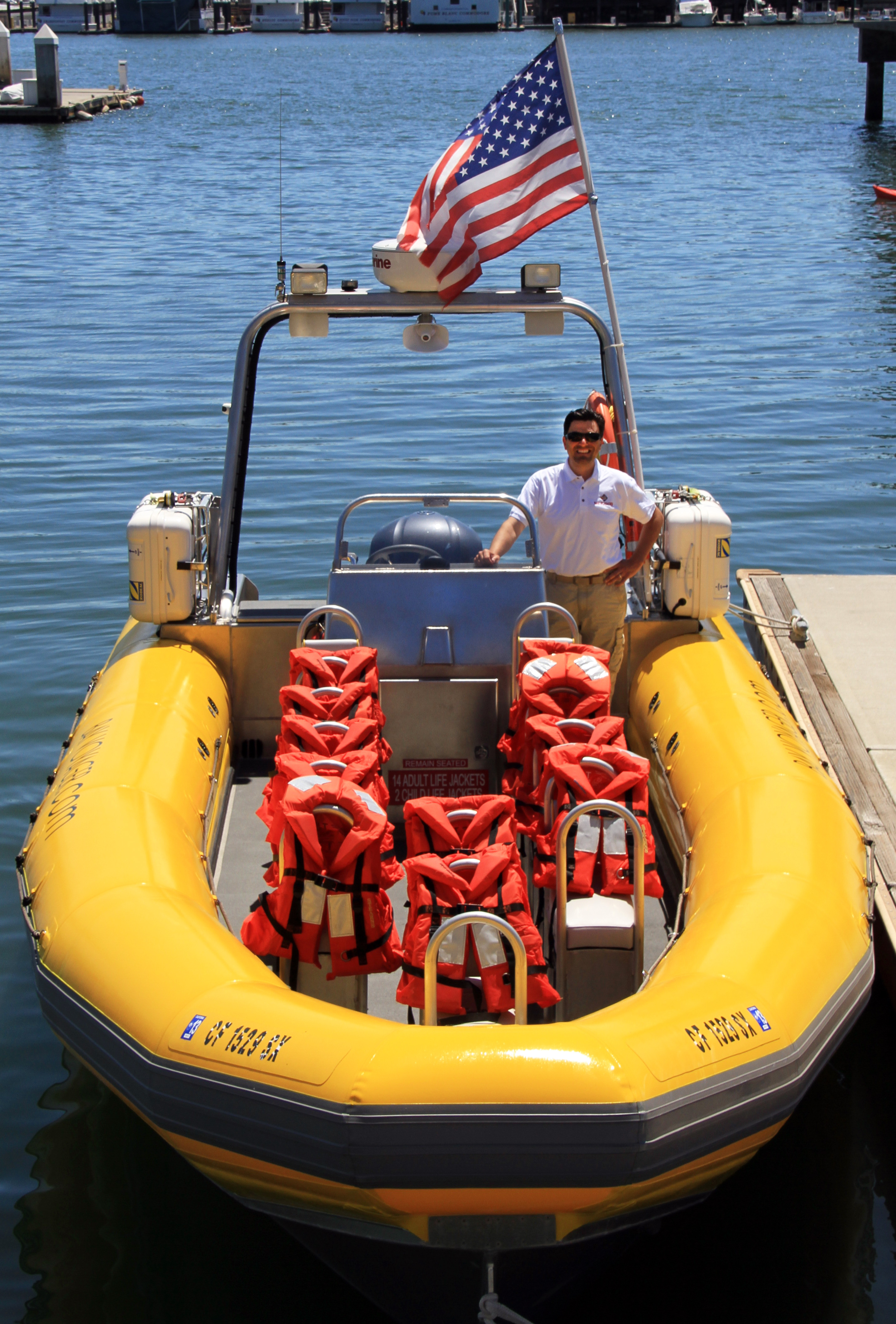